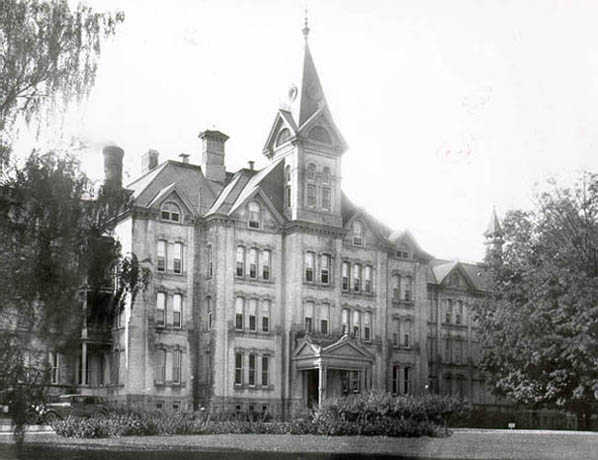 While creating the trailer for Secrets of the Asylum, I kept rolling over in my mind the comments and questions regarding the book that folks have posed on Facebook and Twitter. So here are some points to ponder, first notes to answer some of your questions about how I came up with this story and then some questions from me to get you thinking about your own reactions to the book.

These questions are great for your own private musings or for public discussion, such as a coffee klatsch or book club. I’ve also included the resources I used to research time and place, in case you’d like to investigate more on your own.

Elizabeth lived in my head for two years before I knew the setting for her story. She’d sink into my thoughts during yoga, while walking my dog, and as I nodded off to sleep at night. Then I toured the former Northern Michigan Asylum and immediately knew that was where she belonged.

I also recognized there were undoubtedly many secrets like hers buried within the walls of that stalwart institution that had harbored the “insane” for almost a century.

When I visited my Aunt Hope, who resided in Cottage 23 after it had become an assisted living facility, I knew that her room, with its spectacular tall ceiling and long windows affording a view of the lush yard, would be Elizabeth’s room during that earlier era.

As soon as I decided it would be Elizabeth’s twenty-one-year-old daughter who would seek out the truth about her mother’s situation and that the year would be 1921, I knew this would be the first book of a trilogy. The second book takes place in 1942 and the third in 1963. Yes, each time a daughter turns twenty-one another romantic suspense tale will be revealed.

Now I’m bursting to tell those stories, Secrets of the Island and Secrets of Summer. So stay tuned. This family’s generations of dark deceptions will come to light one-by-one in 2018 and 2019.

This certainly isn’t an inclusive list, as I did a boat-load of research for this book. However, these are the books and documents I found to be most helpful. Naturally, I used many online sources are well, readily available if you search.