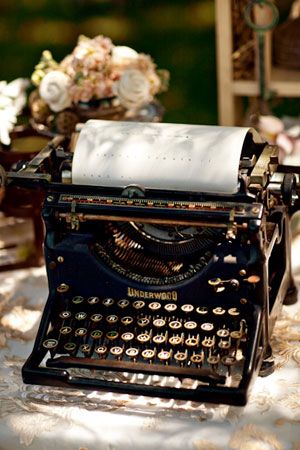 Long ago I heard that title – a woman was describing herself as a wannabe writer who was really a wronger – and I loved it. After periodically seeing that phrase and mulling it over for many years, I’ve come to the conclusion that most writers are probably wrongers, too. I know I am. That’s what makes good stories.

I’ve done a lot wrong in my life. An early college career that had no meaning to me. Giving up on my own hopes and dreams in order to please others. Occasionally falling into the despair of depression. An unhealthy second marriage that resulted in devastation. Being next to homeless except for the generosity of my sister. Assuming someone somewhere would take care of things and it wouldn’t have to be me.

Wow. That’s all great stuff for writing. Ernest Hemingway said, “There is nothing to writing. All you do is sit down at a typewriter and bleed.” That’s what we as writers do. Rather than hiding our most embarrassing, dumb, and inexplicable life decisions, we open ourselves up and let them spill out all over the place. In the process, we figure out what was going on in our minds and what we can do to learn from it. We do this by putting bits of ourselves into each character we write. And by writing characters who are the people we aspire to be.

The reader, of course, never has to know. For example, a villainess in one of my stories, the bitch no one can stand, took a letter that had come in the mail for her friend and steamed it open to see if it was from a guy she herself had a crush on. When it turned out to be from the friend’s dad, she carefully glued it shut and put it back in her friend’s stack of mail. Now I’m not confessing that I ever did such a wretched thing; I’m just sayin’ I got the idea somewhere.

Writers get ideas everywhere. Every time something goes wrong in my life I catch myself saying, “Oh! That would be a good story.” Good stories, after all, are about overcoming life’s obstacles. They are about prevailing. They are about finding an inner strength you never knew was there. They are about discovery!

Although I couldn’t write about it until years later, some of my erratic behavior after the death of my first husband at age thirty-three is revealed in my novel Homecoming Queen. My thankfully short-lived, wacky second marriage can be found in soon-to-be-published Home Body. A trip my sister and I took when we were in our early twenties, where we camped from Michigan to California and back because we wanted to see the Pacific Ocean, is hilarious in Tough Rocks. Although we’d call home and lie through our teeth, telling our parents that everything was “fine,” in truth we ran into a hail storm that demolished the hood of our car; a flash flood that holed us up in Boulder, Nevada, for three days with nothing to do but watch the free movie of how the Hoover Dam was made; a dust devil that destroyed our tent; and melted tires when we drove through the Mohave Desert at noon on the hottest day in July. It’s that kind of adventure that makes for good writing, if you just let it roll rather than refusing to admit you were ever that stupid.

Writer Sylvia Plath said, “And by the way, everything in life is writable about if you have the outgoing guts to do it, and the imagination to improvise. The worst enemy to creativity is self-doubt.”

So if you’re a writer or want to be a writer, go ahead and have the guts to spill out your life stories. Take your wrongs and let them write.

Examples and comments are welcome.