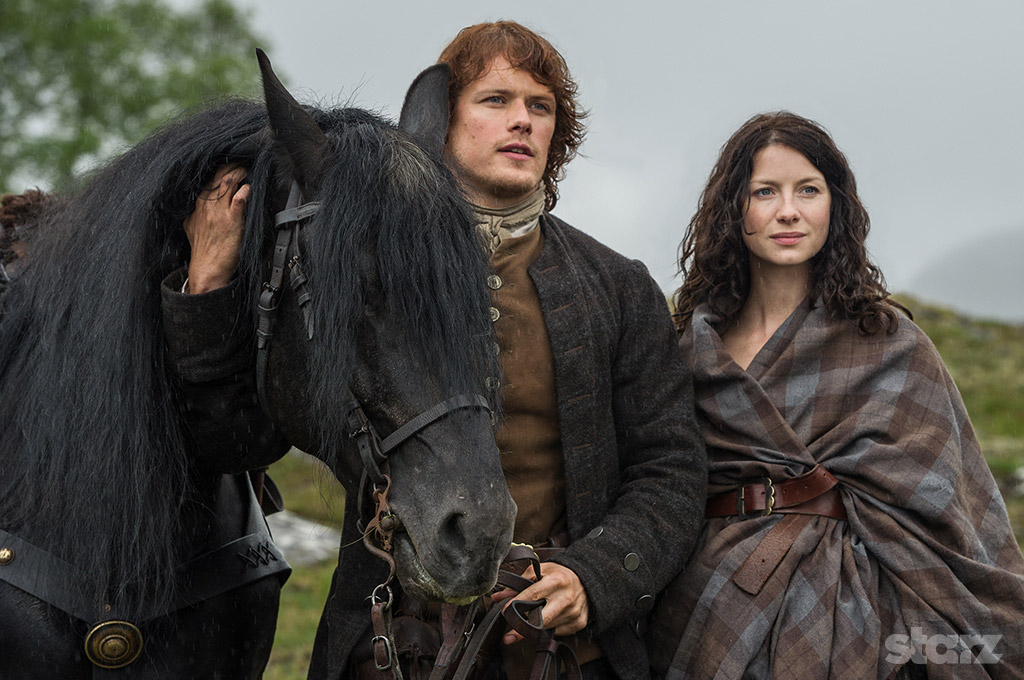 After a week of ruminating about the season finale of Outlander, one of my favorite television shows, I want to write about some of life’s harsh realities, those that we often want to ignore. That episode of the same-sex rape of Jamie Fraser, our hero in the story, by his nemesis the evil “Black Jack” Randall was so prolonged and so authentic viewers were drawn into experiencing Jamie’s pain.

I know I felt it.

I trust that this was Diana Gabaldon’s purpose in creating such a devastating scene: to make us not only think, but feel. To awaken in us a fervid desire to right the injustices of the world. To insist that human beings be treated with care rather than callousness.

Considering the feedback on social media since, most viewers were simultaneously appalled at the brutality of the deed and enthralled by the authenticity of the acting by Sam Heughan, who plays Jamie, and Tobias Menzies, Black Jack. Outlander on Facebook assures us that Tobias is a nice guy and lots of fun. That’s impossible for me to imagine right now, but speaks to the skill of his performance. And Sam allowing himself to be so vulnerable, so beaten, “broken” as he said, took unimaginable dedication to his craft.

So think about this: Jamie is a strong man. He is a leader. He supports his wife’s strength. He believes in the inexplicable. He is smart. He is highly skilled. He has people who love him and who help him in his emotional as well as physical recovery.

Now imagine a child: Not yet grown. Doing whatever adults tell him to do. Not understanding gender roles. Believing only what he is told to believe. Not yet educated. And with no skills for survival on his own.

Imagine that child being raped, as Jamie was, by a Black Jack.

It happens every day. If our strong, independent Jamie could be broken, that child doesn’t stand a chance.

The child sex slave trade is, sadly, alive and well in this world. And it’s not fiction. There are no television crews, no warm trailers, no escapes. It’s the only world the child knows.

And it’s wrong. Outlander shows us how wrong it is when it happens to an adult. It’s even more so with a helpless child. Outlander made us sit up, grit our teeth, and pay attention. It slapped us in the face with the knowledge that we can’t sit by and idly watch a rendering of rape. We must act, in our own neighborhoods, in our towns, in our country, and in our world to stop it. No one – man, boy, woman, girl – deserves to be treated so inhumanly.

Thus my long-held believe that child sex abusers should be sent to prison for life, with no possibility for parole. I have no problem with the death penalty, either.