How did it all begin? When I was 12 years old I wrote in my diary that I wanted to be a “writter” when I grew up. Well, in all honesty, I said I wanted to be an actress, but they seemed to live unhappy lives, so I’d be a writter instead. Clearly, I had a lot to learn. Spelling aside, I didn’t yet know about Petronius, Virginia Woolf, or Ernest Hemingway, and so many other writers whose lives ended in suicide. Thank goodness for my ignorance! Had I known, I might never have continued to foster my dream of being a writer. And so I am the non-self-destructive kind of writer. I haven’t given up my day job, even when coming within reach of a movie deal on one of my books. (Which never panned out, so thank goodness for that job!) I just keep on writing. That’s what real writers do. We write no matter what. 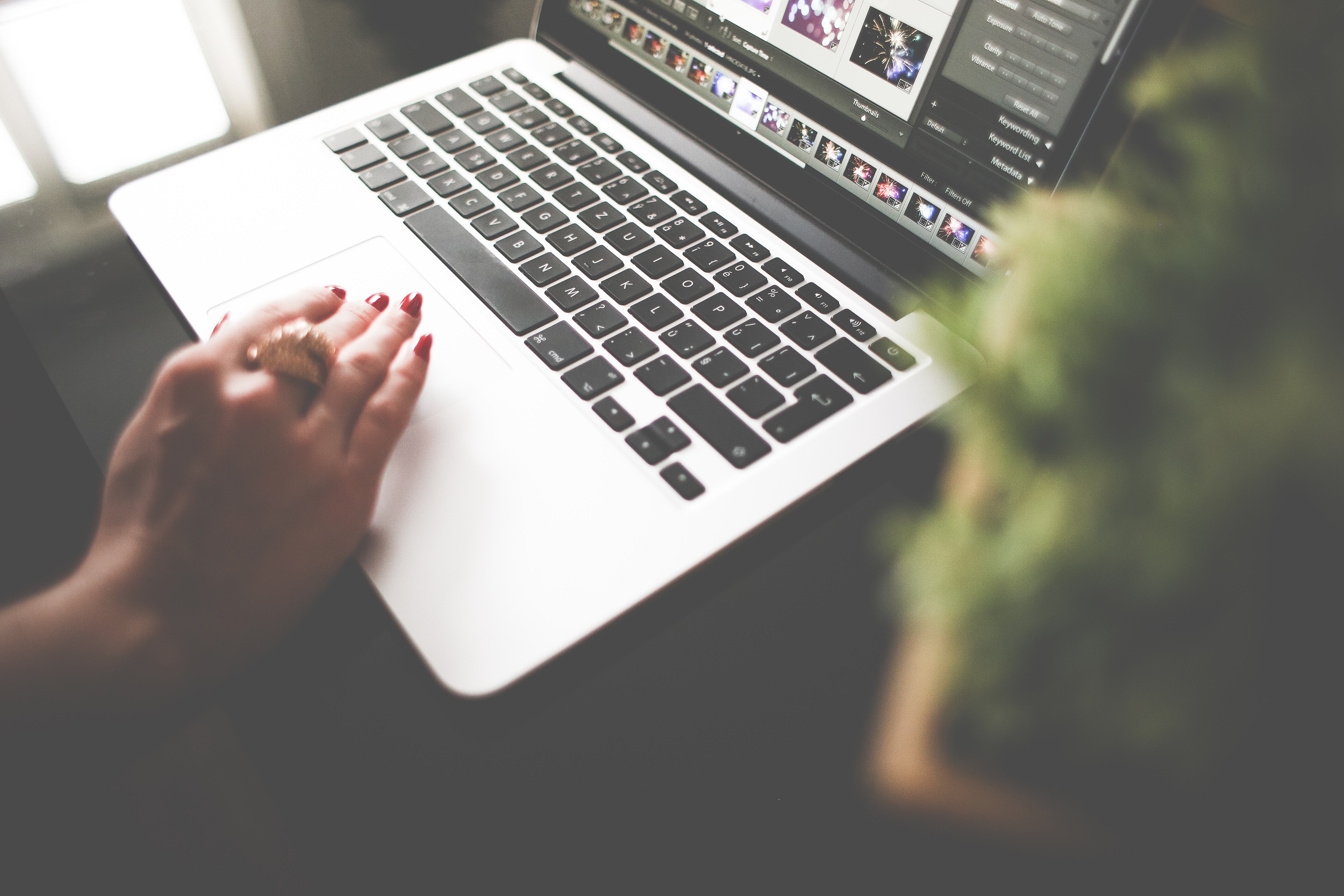 hat is my writing process? Organized chaos. I like being organized, but apparently my life likes to stay in chaos. So, consequently, I must plan for the two to intertwine. For example, right now I’m working on two books, one fiction (The House on Haven Island) and one non-fiction (What We Talk About When We’re Over 60). I love them both, but often when I set aside a morning to concentrate on the novel, invariably someone from the joint project non-fiction book needs something done now. It can never wait. And truth be told, if we do wait it gets lost in the shuffle, so it’s always easier to tend to it at that moment. Then I have to try to recapture my life on the island. It’s quite schizophrenic. I know, I know. You’re thinking that I cause the chaos by working on two books at once. True. I seem to do better when under pressure. Otherwise it’s too easy to turn into a sloth. It’s even worse during the school year when I’m teaching (I’m a college professor) and that must always come first. Juggling 90 new students each semester and trying to conjure up a bunch of rowdy new fictional characters is a challenge. But sometimes it feels like the same thing, just in different settings.

What am I working on & why do I write what I do? Let me tell you a little bit about how my two latest projects came about, as an example of how writing ideas can crop up everywhere. I believe that good writers see writing opportunities in everything. A book I co-wrote last year, one that started at my kitchen table over ice tea with a group of girl friends, led to the non-fiction book I’m co-writing now. The first one was called Atlanta’s Real Women, which got started when my friends and I were laughing over the TV reality show The Real Housewives of Atlanta. Somebody said, “We outta write about real women!” So we did. Thirteen women eventually contributed. Later, thinking that had been a cool idea, I called my old college roommate (from 1966!), Sherri Daley, and asked if she’d like to co-write one about New York City, where she lived for 25 years. She said no, she wanted to write about women over 60. So we are. It’s called What We Talk About When We’re Over 60. Thirty women contributed to this one. Coordination has been at times tumultuous, at times labor intensive, and always a joy. My latest novel that I’m working on, The House on Haven Island, came about like all of my novels do: It’s been stuck in my head for a long time. I’ve given up trying to figure out why I wake up in the night with new story ideas; I just go with it. They are bursting in there! It doesn’t feel like a great feat when I get one done. It feels like a relief to get it out of my head. All of those people living in there gets awfully cramped. If you want to be spooked out, find my most recently published novel, Becoming Jessie Belle, and read about how the characters in that one came to me in past life regressions with a psychic.

How does my work differ from others in the genre? I think that if you pay attention to your own insights and inspirations, your work will always be unique. Only you can see the detailed images that are in your head; only you know the gut feelings of your characters; and only you can write them down in your own way. That’s what I try to do.

How does my writing process work? I work at it. Planning writing time into my schedule is key. If I wait to be in the mood or until inspiration strikes, it never happens. Life always gets in the way. Years ago I once heard writer Jacquie D’Alessandro give a presentation, where she gave each audience member a kitchen timer so we wouldn’t have an excuse not to write. Even fifteen minutes a day, she told us, is better than nothing. I still use that timer! I start with an idea of the protagonist, and once in a while the ending, too. When that happens, I have to figure out how to get to that end. But sometimes the story takes unforeseen turns as I write and the ending is a surprise to me. “Really, that’s who killed the queen!?” That’s always fun. As I go, I make out a storyboard. I can’t work without that kind of organization, otherwise my many interruptions get me lost. I use a big bulletin board to post 5X7 cards, one for each sequence of the story. When I pin them up and mull them over, it helps me see what needs to change places and where there are gaps that need to be filled. I also make out a card for each character and each venue. For example, I list a character’s physical characteristics as well as behaviorisms and speech patterns. Otherwise the main man might end up being six foot four in chapter 1 and have shrunk to five foot ten in chapter 19. This process is fun to me. It’s like putting together a giant puzzle where I get to make up the pieces.

Whatever your writing process might be, I hope you enjoy it as much as I do. Let me know if you have any questions about writing. And thank you to my writer friend Rona Simmons for tagging me for this writers’ blog tour. Here’s to writers everywhere!

Next on the tour? Sherri Daley. Sherri Daley has established herself among editors as someone who will write about anything – from new forms of cancer treatments to the lives of Broadway stage hands, tuning up your own oil burner, that new car smell, blueberry jam, and Joshua Bell’s violin.

She’s the author of a book about commodities traders and a ghostwriter for business motivational texts. She has written freelance for national and regional publications, including MORE magazine, Car and Driver, and the New York Times. She’s appeared on dozens on television talk shows, interviewed by, among others, Oprah, Phil Donahue, and Sally Jessie Rafael. www.sherridaley.com

“Katt” or Kathryn Gray-White was born in a small town in North Georgia. As a child, she spent her summer mornings slumbering in the Carnegie Library.  By pure happenstance, as a pre-teen she made a trip to the “city” of Athens and entered the University of Georgia campus. She fell in love. Most of all, she relished walking beneath the square columned entrance to the Main Library where her newest treasures were found in shelf after shelf of books called the “stacks.”

Later, she dug her heels in at UGA. Her journalistic degree (ABJ) produced magazine articles on Georgia history, like “UGA’s Lab Road Murder” (in Moonshine, Murder, & Mayhem, 2003).  From the journalistic approach she moved to academic writing. These compositions now include the recreation of 1702 Carolina in the “The Anglican City of God”(PhD, 2010). Of late, however, she finds herself spending more and more time reflecting on her small town childhood. Her latest piece reflects her love of books and her spiritual journey. This first appeared inAtlanta’s Real Women (August, 2013) and soon in What We Talk About … When We’re Over 60(June, 2014).  Currently, she is contemplating writing a historical-based novel set in a small town during post World War II. It is presently emerging from under her stack of papers dubbed “COLD WARS.” www.greywhytekat.net